My name is Aaron Johnson and I am running for Henderson City Council, Ward 1.

A little about me - After serving in the United States Marine Corps, I moved to Nevada in 2005 to begin my career in Law Enforcement. After graduating from the police a...

About Committee to Elect Aaron Johnson

My name is Aaron Johnson and I am running for Henderson City Council, Ward 1.

A little about me - After serving in the United States Marine Corps, I moved to Nevada in 2005 to begin my career in Law Enforcement. After graduating from the police academy in 2006, I joined the Boulder City Police Department where I have served the community for 17 years. I have worked in the capacity of patrol officer, field training officer, and a sergeant over patrol, detectives, special operations, and K-9. In April 2021, I was promoted to operations lieutenant and continued my rapid advancement by being promoted to commander on May 6, 2021.

I am a graduate of the 282nd session of the FBI National Academy where I took classes in intelligence theory, terrorism and terrorism mindsets, management science, law, behavioral science, law enforcement communication and forensic science.

While working full time in law enforcement and raising a young family, I earned my Master’s Degree in Public Administration and Organizational Leadership from National University and a Graduate Certificate in Criminal Justice Education from the University of Virginia.

I chose to work in law enforcement because I was raised in a small town in Alaska and enjoyed the closeness and sense of community I grew to know. Because Boulder City has the highest ratio of police to citizens in Southern Nevada, I know firsthand what it means to provide quality community policing. I interact with residents and community leaders daily across the valley and feel this is why I will be an accessible, motivated and effective leader serving on the Henderson City Council. The training I received has given me additional resources to apply back to our community.

I also began a community clean-up program in Eldorado Valley, by partnering with a local off-highway vehicle group to do a cleanup in the desert. In addition, I launched “Coffee with a Cop” to provide the community with opportunities for the residents to discuss issues and concerns that are important to them.

I have been married to my wife, Shelly for over 10 years and we have 8 year old twin boys that we are raising here in Henderson. I look forward to serving as the next Henderson City Councilman!

A PROUD MEMBER OF 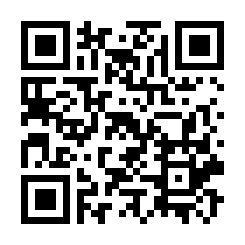